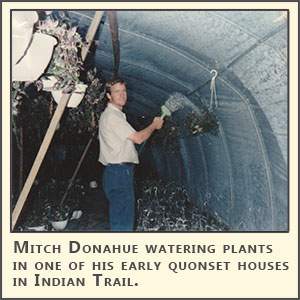 In 1973, a teenage boy in Charlotte, NC, built a rough little greenhouse in his backyard using scrap wood he found at the junkyard. Although he worked two part-time jobs (one of them at a local nursery, the other at a grocery store until midnight), he spent every free moment possible working barefoot in the muddy hobby house he had constructed at home. Mitchell Donahue was fascinated with the idea that one plant could be turned into many plants by simply rooting the cuttings, and he soon began selling ferns out of his simple, homemade greenhouse. He named the business North Carolina Farms because in addition to plants, he had also been raising bobwhite quail for sale, and he needed a name that would cover both enterprises.

In 1975, Mitchell's family moved to a four-acre lot in Indian Trail, where he and his brother Joe scraped together savings and erected two second-hand quonset houses on the acre his father deeded him. Mitch hired his first employee that same year - a boy of only 12 years old. This boy soon introduced Mitch to his older sister, and in December of '75 Mitchell married the girl next door. Together, he and Wanda began to slowly build the business, first buying Joe's part of the greenhouses, then acquiring bits of land and constructing more greenhouses as they could. 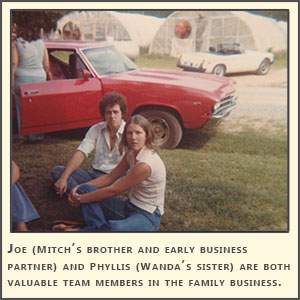 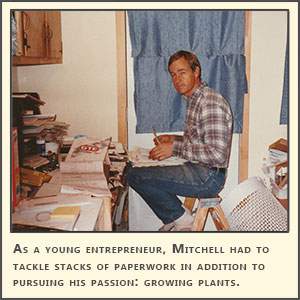 Many times over the years things were tight as the growing business sometimes barely fed the growing Donahue family. The big snow of 1988 and hurricane Hugo in 1989 severely damaged the greenhouses and nearly crippled the business. With a lot of hard work and the grace of God, they pushed through the lean times, and when profits came they reinvested in the business. Eventually they were propagating new breeds and improving lines from New Guinea Impatiens to Angelwing Begonias to Lantana, Coleus, and more. Mitchell's early fascination with plant propagation eventually grew to impact the entire industry. 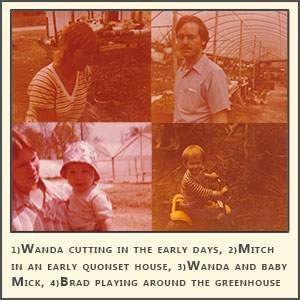 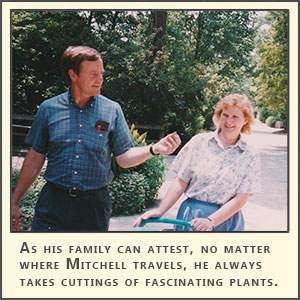 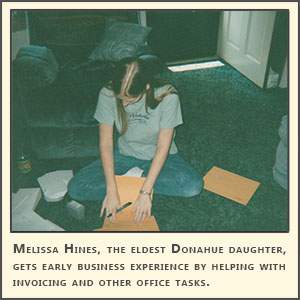 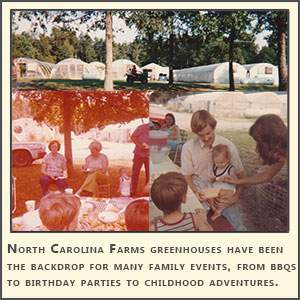 Mitchell and Wanda had six children born into the starter plant business. The North Carolina Farms greenhouses were the backdrop for many family occasions over the years, and no member of the family was exempt from work. From sticking cuttings, to watering plants, to filling flats and pots with soil, to making airport freight runs, to answering phones, to welding benches and constructing new greenhouses, the Donahue children had a first-hand education in hard work and problem-solving. All five surviving children continue to have ties to North Carolina Farms and its growing success. Many of the thirteen Donahue grandchildren enjoy time in the greenhouses, too, as yet another generation learns the value of solid work and how to manage money. When Mitchell had a massive stroke in 2012 that limited his daily involvement in the business, the whole family stepped up to keep North Carolina Farms going, and since then they have been carrying his legacy forward. 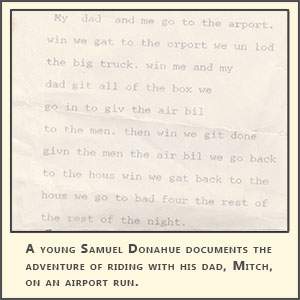 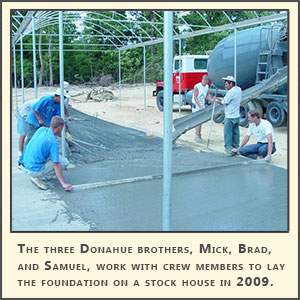 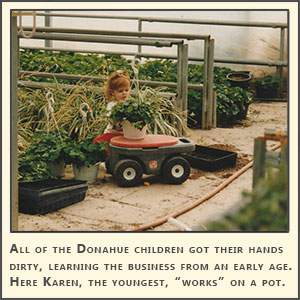 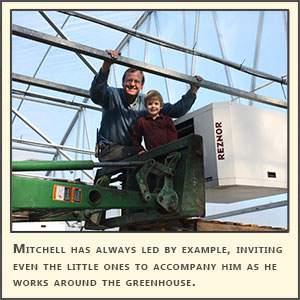 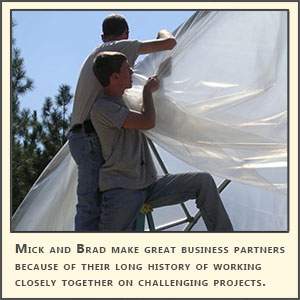 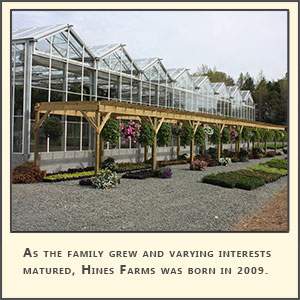 Looking to the future of the business, Mick and Brad Donahue are emphasizing customer care, placing a high value on team members, improving systems and technology, providing support and information to growing greenhouse businesses, and continuing to be a steady competitor in today's market. Knowing intimately the hard road of work and sacrifice that it took their dad to build this business from the ground up, Mick and Brad are passionate about the ways North Carolina Farms supports the growth of other family garden centers and nurseries across the States and around the world. They're more than just a plant supplier: they're growers of greenhouse businesses. 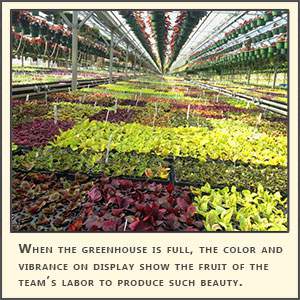 We just wanted to remind you that we are a wholesale starter plant company that sells to businesses, schools, clubs, and other non-profits. State law dictates that you must be growing for resale to order from us since we are not collecting sales tax.