A Year of Change 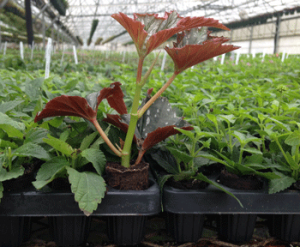 When you walk into the main greenhouse at North Carolina Farms, growth is right before your eyes. Rows of trays stretch out to the horizon. In the very back, on the warm side, stark baby cuttings stand courageously in their plugs of soil.

For them, the weeks ahead will hold a long journey to the shipping area at the front of the house. But when they arrive, they will be unrecognizable as what they first were.

They will be full, strong, and ready to begin the next stage of their life. They will have reached the end of the process, where they are forced to move on to bigger and better things.

If they stay, they will die from the stunting effects of their constricted roots. Roots that won’t support their lush foliage for much longer.

Like these plants at the ends of their process, 2016 found North Carolina Farms sitting at a precipice.

NC Farms has been steadily growing. Started as a sole proprietorship by Mitchell Donahue in 1973, the business gained success through hard work, ingenuity, dedication to family, and the grace of God.

For years, Mitchell was what, in his book Good to Great, Jim Collins calls “The Genius with a Thousand Helpers.” He held the knowledge, and he called the shots. He made good decisions and led the company from a small, backyard operation to a multi-acre facility that ships worldwide.

The plant grew and flourished. The foliage was thick, but the roots were still constricted.

In 2012 Mitchell had a massive stroke. While still involved in the company, leadership started to spread out more among his children, family members, and longtime employees who had been involved in the operation for most of its existence.

They came to the table with diverse education backgrounds and skills, which brought NC Farms to the next level. However, Mick Donahue was in Spain doing missions work at the time, so management of the day-to-day operations fell mainly to Brad Donahue.

Brad was working long days and weekends, even waking at night to help the night crew. The company had grown so big, during the winter there was work to do every minute of the day. The constant vigilance was wearying.

That’s when the realization struck that the business model that had worked so well for decades could not remain the same. By the busy season of 2015, it had started to unravel.

A Year Of Change 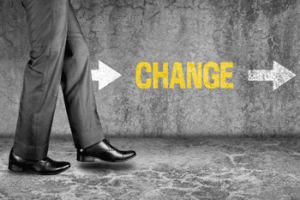 To save the company structure from falling apart, the goal of 2016 became decentralization of power.

According to co-owner Mick, “In order to serve our customers we desperately needed to transition from a single decision maker to a decentralized leadership model. Not only for our physical, spiritual and emotional health but for the quality of the product that our customers need to succeed.”

NC Farms had to get their roots out of the plug of the incubation process and spread out.

The boss still needed to retain the job of high-level decision making and veto power, but transferring the day-to-day operations to a Leadership Team was necessary.

The Leadership Team would consist of current employees that were already filling roles of management, but who had not been officially granted decision-making power in their department.

But first, they had to change the company culture. This change started with monthly community meals with all the employees. The goal was to help all employees to develop a sense of ownership in the success of the company. The value of each employee was emphasized.

Talks with current employees ensued, and Mick and Brad started developing their plan for change, based on the talents and personalities of their staff.

In July, Mick held a multi-day Leadership Team Council. The core members of the Leadership Team were established, and the vision for the company was cast. By August, everyone on the team had written a personal Position Results Description, submitted them for review by upper management, and set their course for the year.

Late summer and fall saw the implementation of the new strategy. A second monthly meeting, called the “all-hands meeting,” was added. Like the community meal, this meeting also included the entire staff, but the agenda was more intentional.

Mick chose to begin each session with a value proposition. At one meeting they discussed the fact that while the employees all have different functions and different approaches to problems, spiritually, their value to God is the same. Employees are to treat each other with respect, recognizing every role must be fulfilled for the company to be successful.

Other meeting topics addressed the fact that NC Farms sells more than plants, they sell a product that will be used to make a profit for their customer. In essence, they are selling opportunity. Their own success is integrally tied to their customer’s success.

And as the company creates a product, it also inevitably creates waste. The Leadership Team used this fact to bring up the concept of being good stewards of the earth, recycling any materials that can be salvaged from the growing process.

The second part of the meeting was geared toward the mechanics of the company. Important protocol, such as proper cutting of plants to avoid virus, pest ID, and how to protect against pesticide exposure were taught.

New operational strategies were discussed along with mechanical issues. The use of Trello, a web based organizational system that facilitates collaboration, was a learning curve. Reviewing its effectiveness in the meetings encouraged employees to continue learning ways to best implement it in their departments.

After months of training and preparation, the Donahues are finally able to step back and let their team members start to make change.

It will be a long process, but NC Farms is already starting to see good fruit from these decisions. Improving operational practices and distributing knowledge among the employees will, in turn, benefit their customers by bringing them higher quality, more efficient service.

They anticipate 2017 to be an amazing year of transformation. A transformation that will allow NC Farms, like their plants, to continue to flourish and spread beauty beyond the boundaries of their beginnings.

The Lesson We Want To Share With Our Customers

Mick shared that in his book “The Advantage,” Patrick Lencioni states that organizational health and structure are the most important aspect of your business. Lencioni argues, “[t]he health of an organization provides the context for strategy, finance, marketing, technology, and everything else that happens within it, which is why it is the single greatest factor determining an organization’s success. More than talent. More than knowledge. More than innovation.”

So what’s that mean for the rest of us? If Lencioni is right, and Mick believes he is, then we could all learn a lesson from the NC Farms journey. Mick wants his customers to know, “If you want to continue to grow your company, you need to develop a strong healthy organization around you. The healthier your team, the higher you can reach in business.”

We just wanted to remind you that we are a wholesale starter plant company that sells to businesses, schools, clubs, and other non-profits. State law dictates that you need to be tax exempt to order from us.